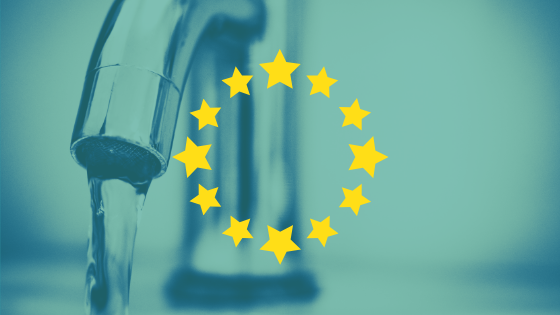 Higher quality standards and promotion of tap water consumption for waste prevention in the EU Member States are the cornerstones of the new EU Directive, which is intended to replace the 20-year-old previous version.

According to the EU, the quality of tap water in Germany and other EU countries is already generally quite good. Nevertheless, more controls will be introduced and limits on chemicals and microorganisms will be tightened. For drugs and micro-plastics, no limit values ​​are provided so far, but the content of these substances in tap water should be observed.

The second aspect is to increase consumption, for example by means of public drinking water wells or free tap water in restaurants, so that packaging waste and transport routes of bottled water are avoided. According to the European citizen’s initiative Right2Water, not only the permanent but also the initial availability has to be secured. One million people in the EU have no access to drinking water and up to eight million are missing access to sanitary facilities.

How long does it take?

After the European Parliament had approved the proposals of the EU Commission in October 2018, the EU environment ministers are now discussing the concrete wording. The current draft was submitted at the end of February. Once Parliament and EU states reach an agreement, the changes can come into effect.

There are still several discussion points. For example, the demand by the Left and the Greens to oblige restaurateurs to provide tap water to their guests free of charge, as is already the case in France, has already been overturned in favour of a recommendation on a voluntary basis.

Federal Environment Minister Svenja Schulze has already signalled her approval of the current version. However, a final decision before the European elections at the end of May can no longer be assumed.