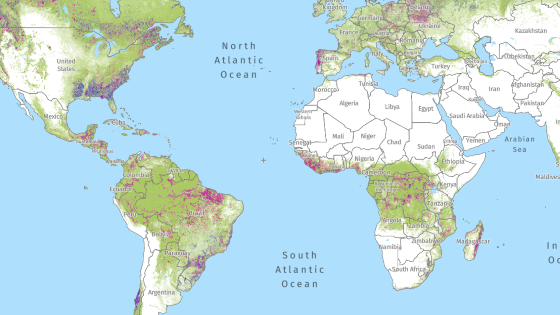 Primary rain forests store more carbon than other forests, represent the most diverse habitat of the earth and are difficult or impossible to restore due to their complexity. Despite the fact that more and more countries and companies are committing themselves to abandon deforestation, the loss remains stable compared to the last ten years (except in 2016 and 2017, where record losses were recorded due to severe forest fires).

Global Forest Watch collects its data from satellite figures that is then analysed in regards to tree population. These empirical figures usually deviate strongly from the statements of the FAO, which are based on information provided by the governments.
The exact numbers provided by Global Forest Watch, a detailed list of the countries with the highest losses as well as largest increases, and spotlights on some countries and regions can be found here – in English, Spanish, Portuguese and French.